Tim Rinne, Coordinator of Nebraskans for Peace, reported on how the Strategic Command (StratCom) HQ in Omaha is now making efforts to get the University of Nebraska to become a major center for the creation of new space law. Tim recently attended a conference at the university, sponsored by StratCom, and reported how Pentagon officials told the assembled that those who try to use international law to prevent an arms race in space were practicing a new form of warfare. The Pentagon spokesman termed it "law fare."

So there you have it. Anyone who wants to use the "rule of law" to create global stability is akin to a terrorist. Remember that one - law fare.

We hope you will join us at a future Global Network event and become a part of this historic effort to keep space for peace. 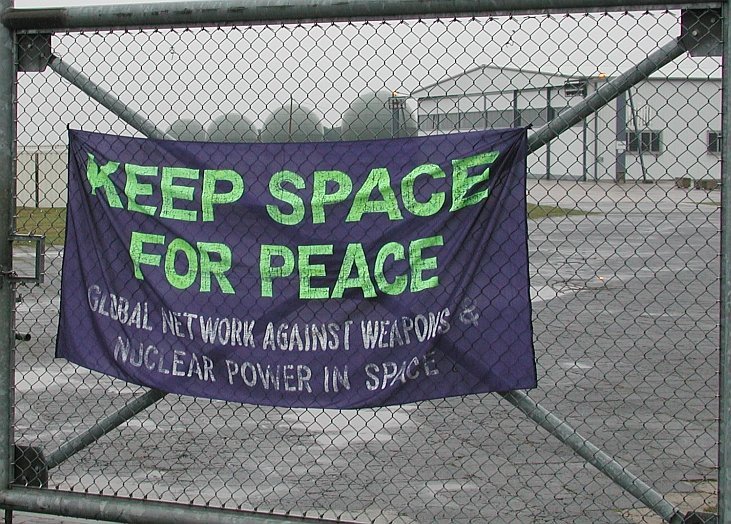